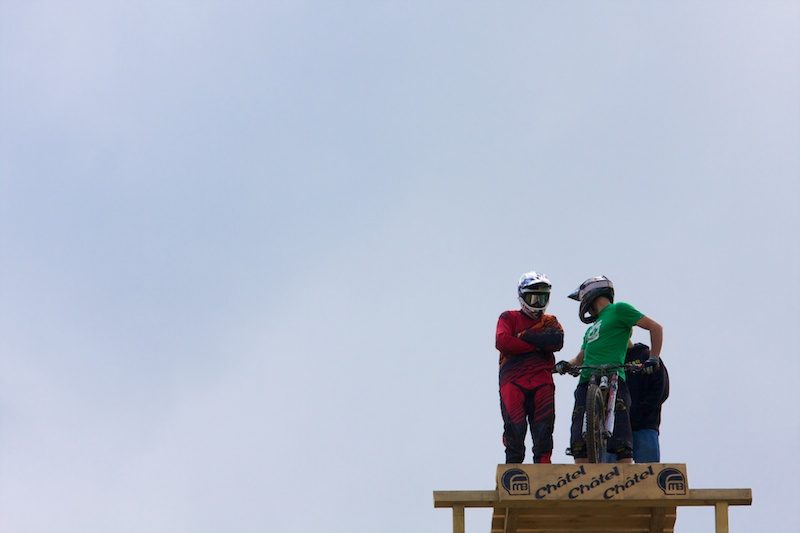 On a start of the Chatel Mountain Style 2010, no fear, no hesitation, you’ve to choose a line and ride it. 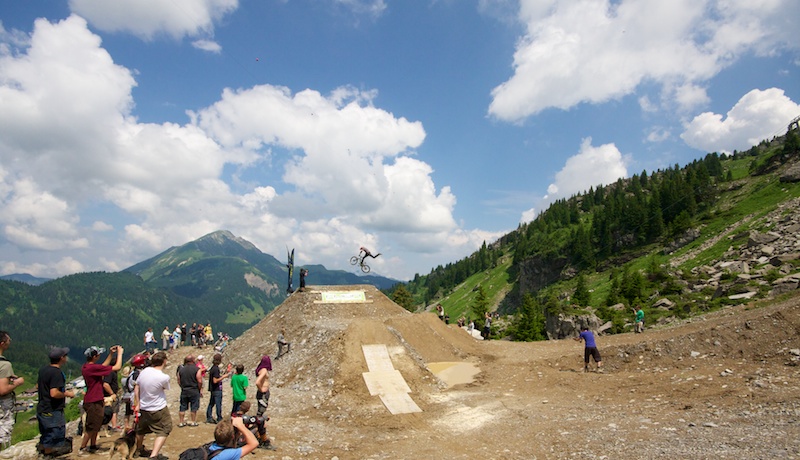 Still during Chatel Mountain Style 2010, just after the big drop of the beginning. On this jump, same rider performs backflip. This guys are definitely crazy. 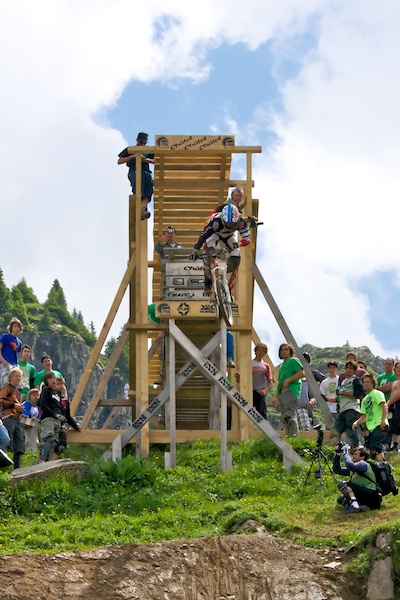 Second picture of the serie about the Chatel Mountain Style 2010. This time, this is the start of the race with a big drop-off. The height of the structure is 10.5 m. Shot in Chatel, Plaine Dranse, France. 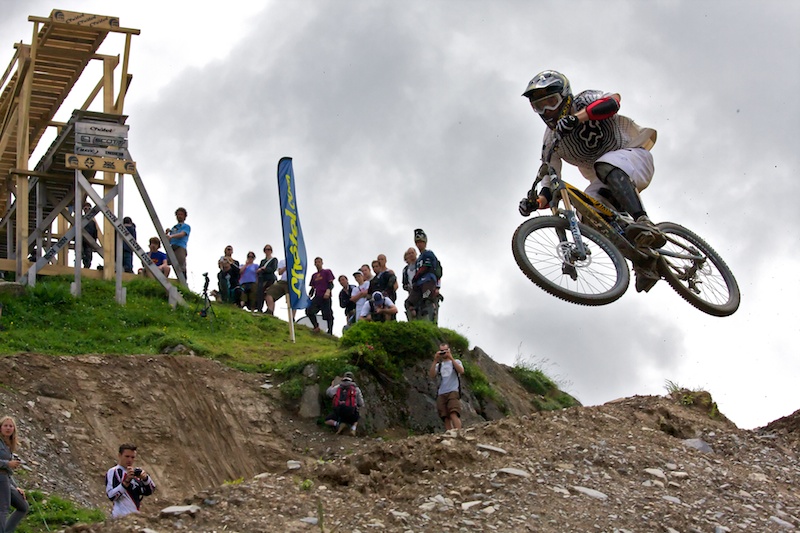 The best bikers of the world were on “The Face” (the name of the trail) this weekend for the Chatel Mountain Style, part of the freeride world tour 2010. This picture is the first of a serie about this competition. 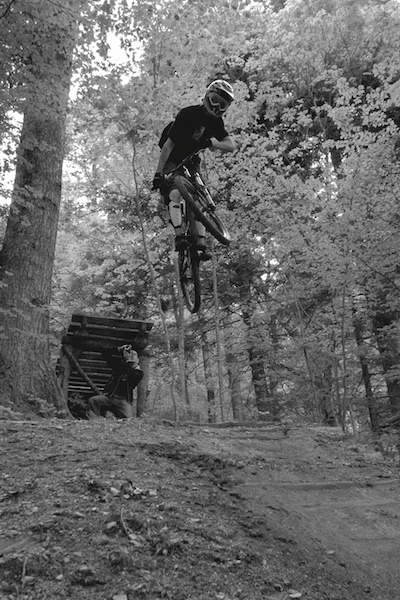 Shot on the BikeAttitude home spot during the 2010 season opening. The rider is Christian Brueckner, the other photographer is my buddy Jay. You can find this jump in the forrest of Chaumont, near Neuchâtel, Switerzland. 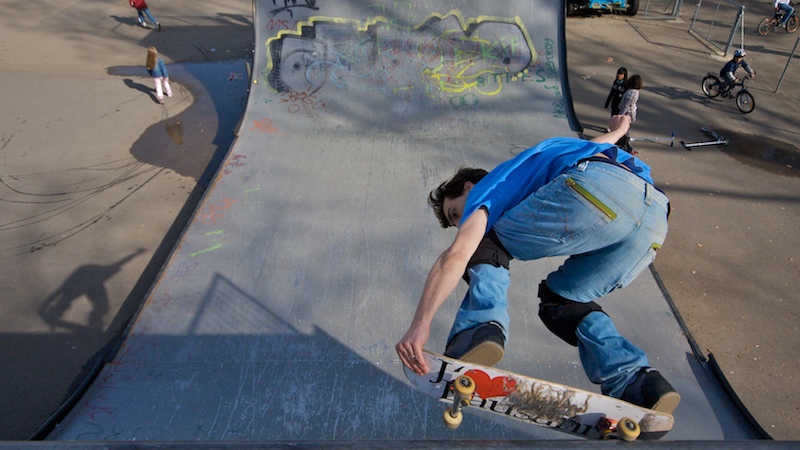 Shot from the vert ramp of Vidy in Lausanne, Switzerland. The rider, Cédric Martin performs a backside 5-0 grind with a nose grab. 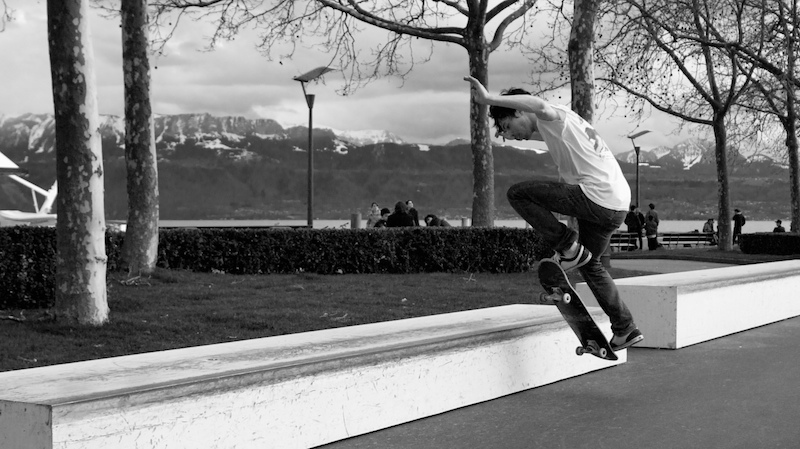 Another skateboard shot take in Ouchy, Lausanne Switzerland. A nice ollie with attitude. 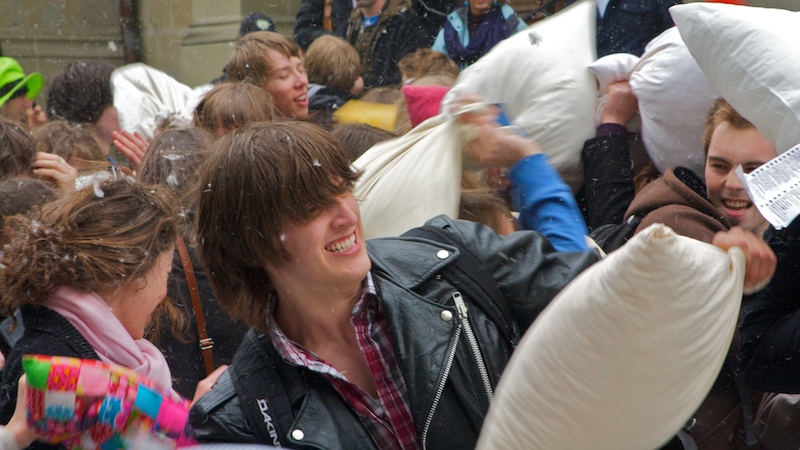 Shot during the International Pillow Fight Day in St-François Place, Lausanne, Switzerland. A kind of happening in the middle of the city during ten minutes. Lots of laughs for the participants and the viewers. 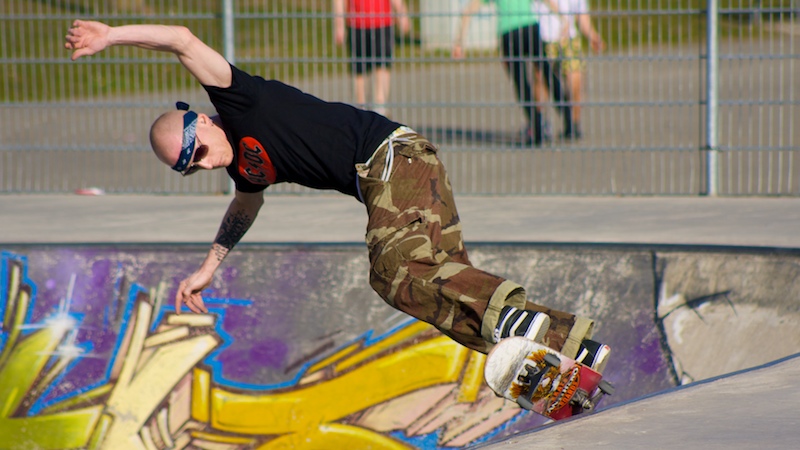 This is a backside five-0 (thanks to the expert) shot at the Bowl of Vidy in Lausanne, Switzerland. A nice place to see skateboard artists in action. First shiny afternoon after a long serie of cold days. 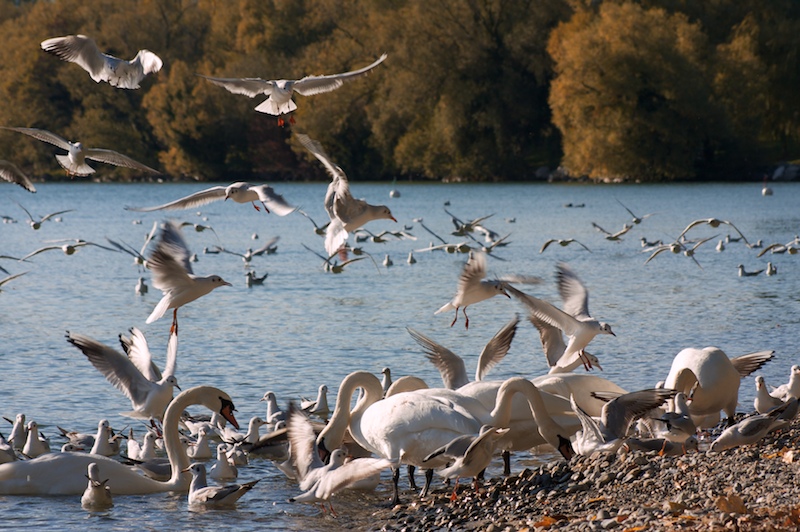 Crowded landing area on the Dorigny shore near Lausanne, Switzerland.